Posted on July 26, 2015 by gardinerfamilyadventures

Our family planned a three-day trip to enjoy the rapids on the Snake River through Alpine Canyon in Wyoming. The water was fairly low (~4460 cfs), so there were only a few rapids with large waves, but even a low water rafting trip is better than no rafting trip.

We decided to go mid-week to avoid the weekend crowd. We left home early Monday morning and got chased by a rain storm all the way to Star Valley, Wyoming. The temperature was quite chilly, so we decided to camp at Alpine Campground near the shores of Palisades Reservoir rather than deal with the colder temperatures up in the canyon. This also provided a safer campsite for the grandchildren. 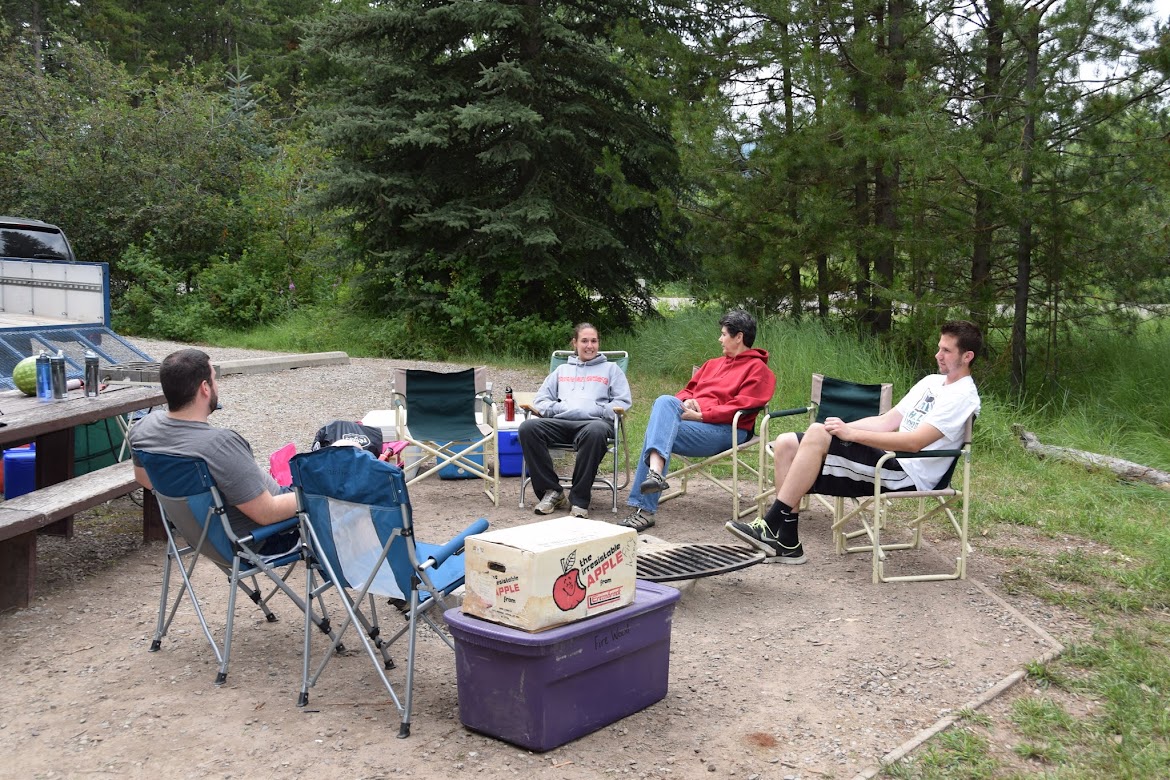 We arrived at camp later than planned and the weather was marginal, so we decided to hang out at camp rather than do a chilly run on the river that evening. 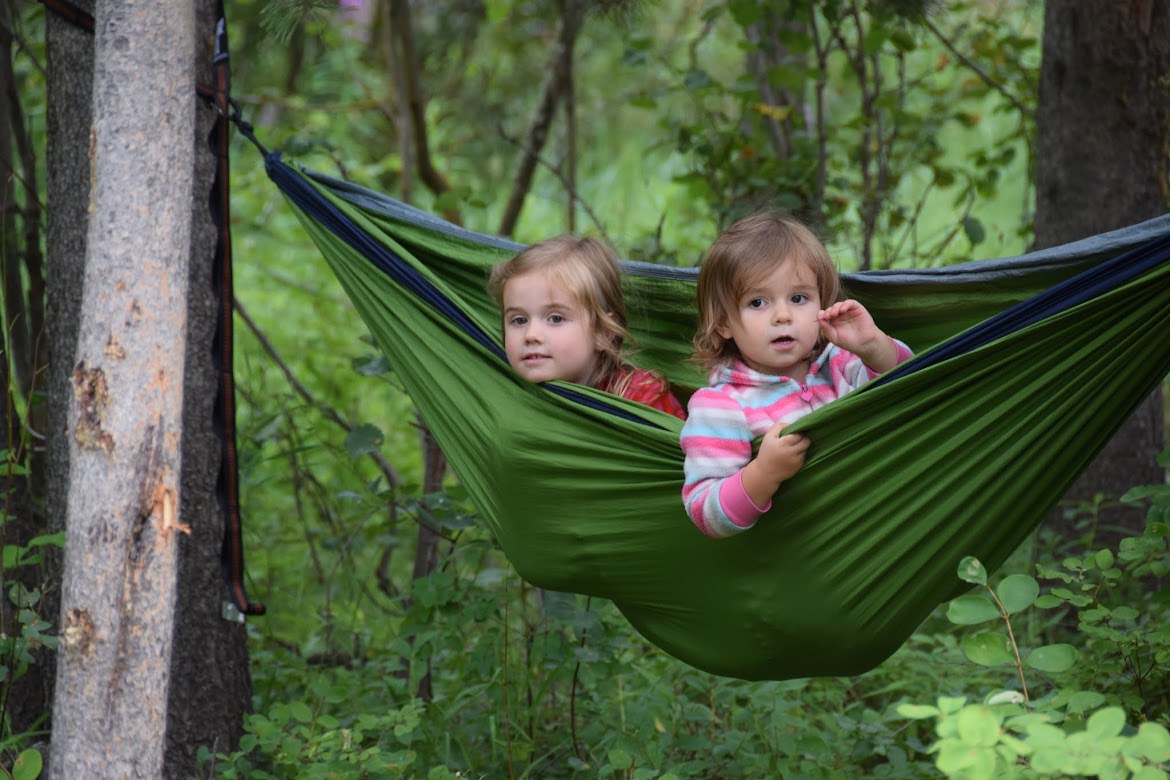 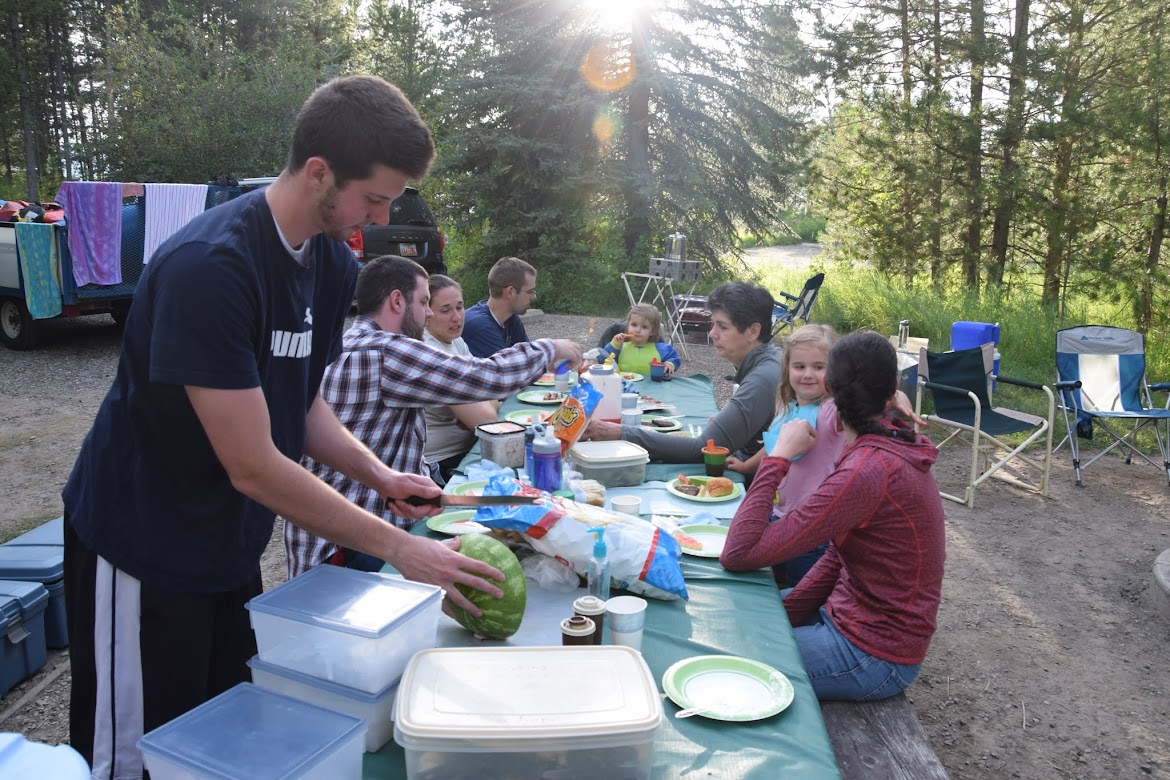 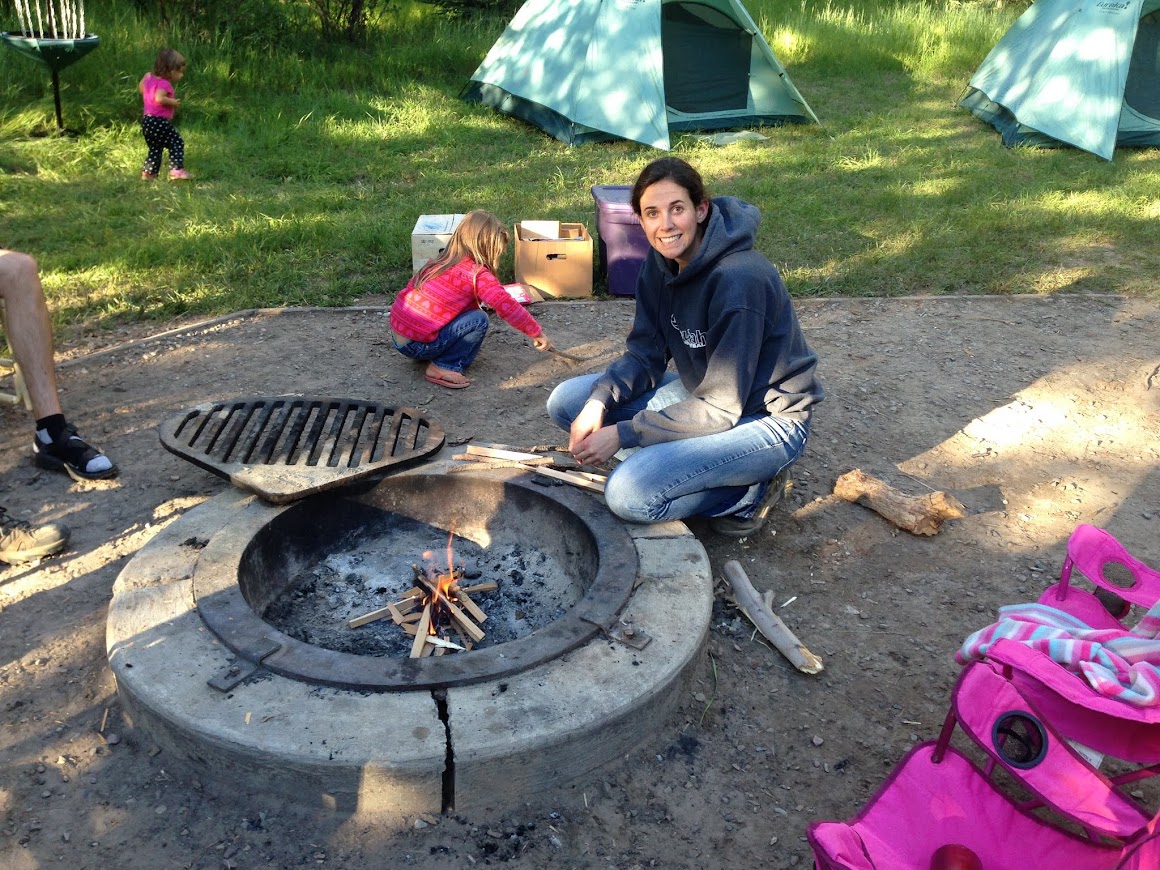 Jamie is becoming an expert at building camp fires

The weather warmed up nicely on Tuesday so we were able to enjoy two runs. We started the first run at the Elbow put-in about 2.5 miles upriver from the more popular West Table put-in. We let Sophie and Aspen float through this mellow 2.5 mile stretch and then the adults continued on for the main run. 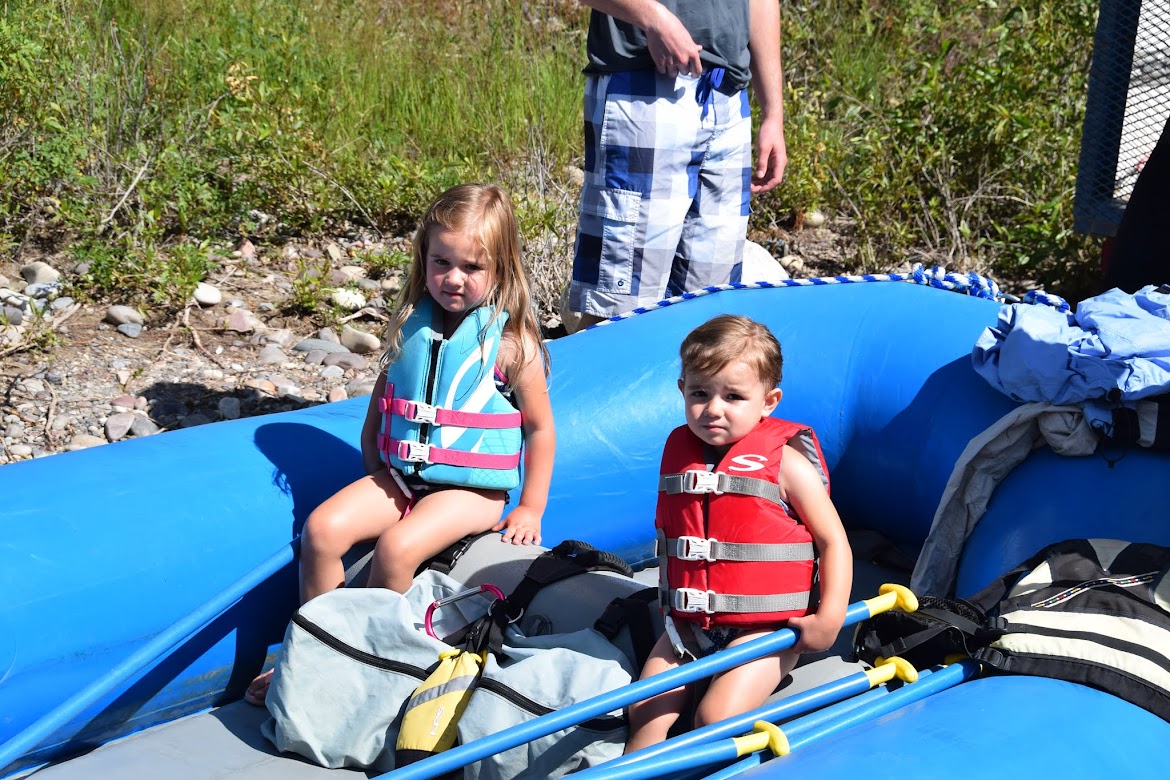 Sophie and Aspen are ready to go 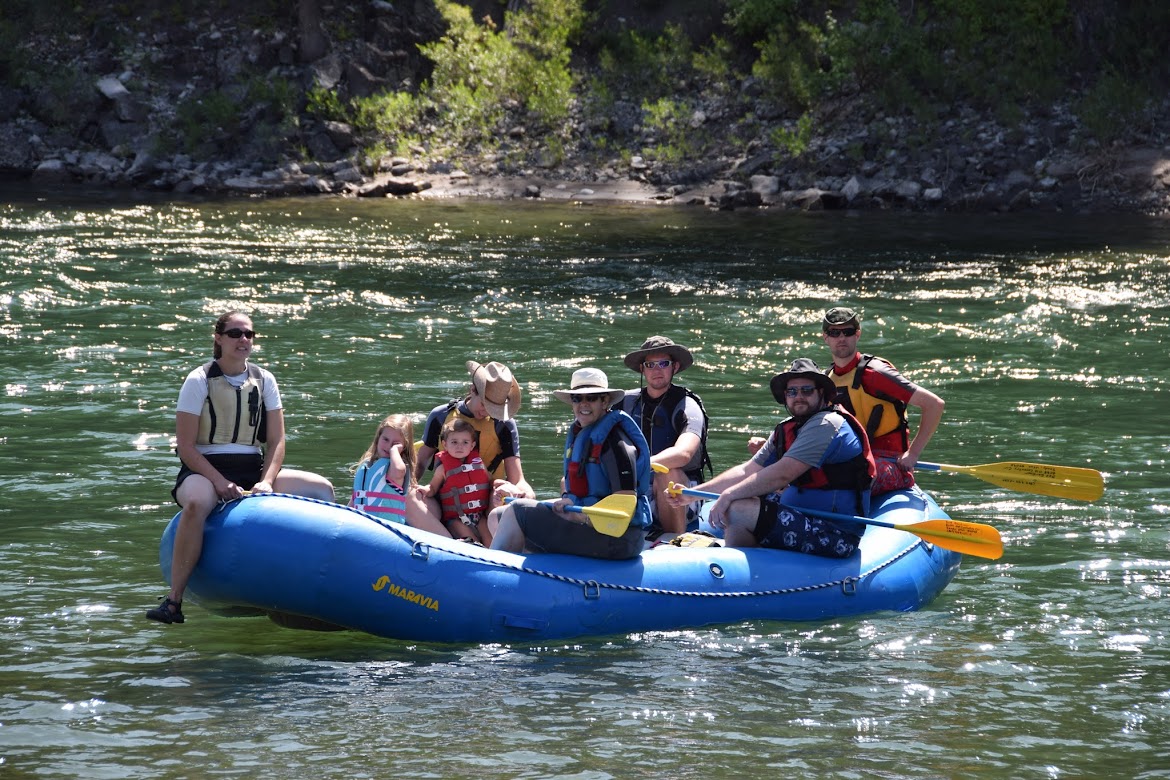 The best rapids at this flow are Double D, Big Kahuna, and Rope. On our first run we hit all three of the large waves perfectly, but unfortunately I left the helmet camera in the car. I did get video of the afternoon run and our Wednesday morning run, but we didn’t hit any of the waves quite square on. 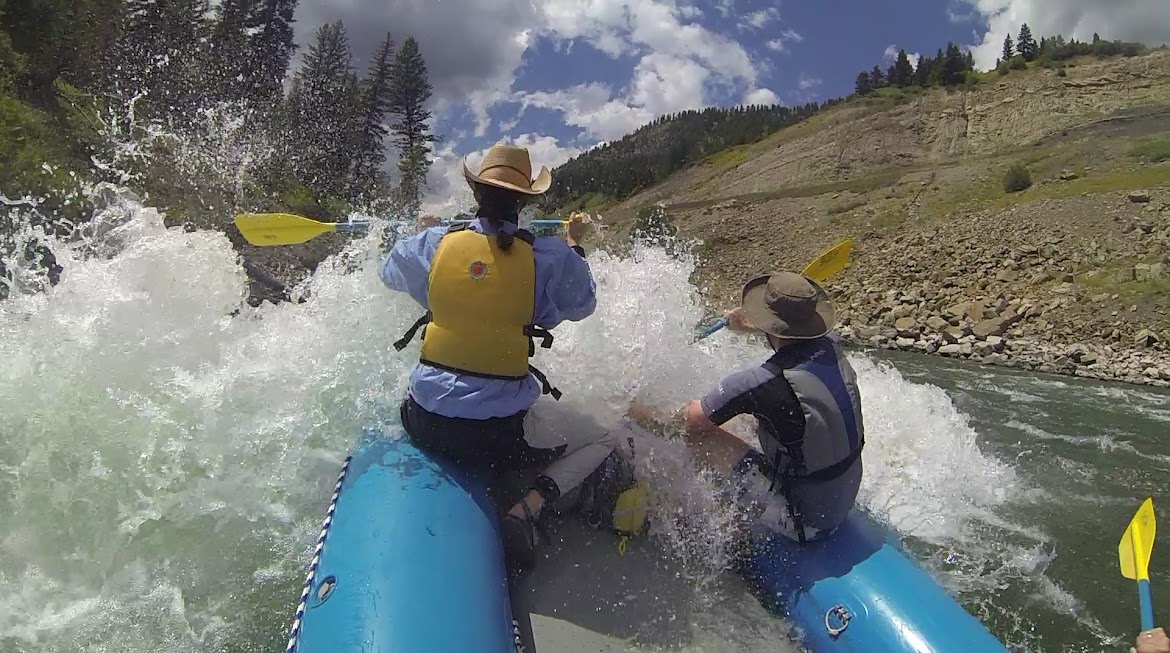 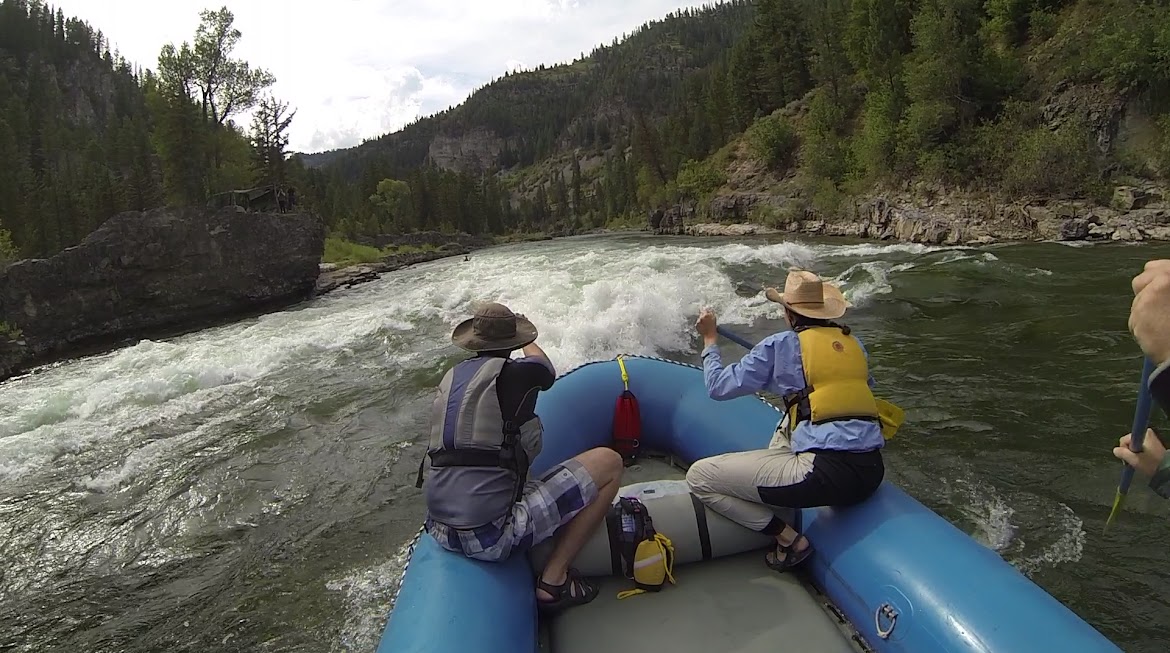 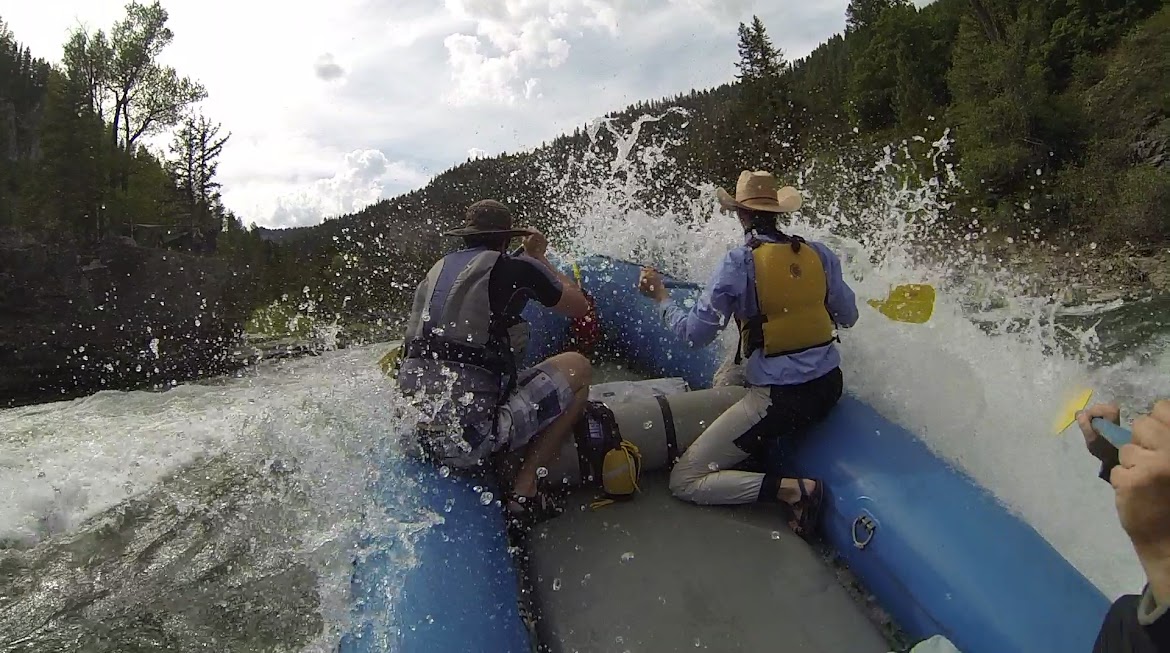 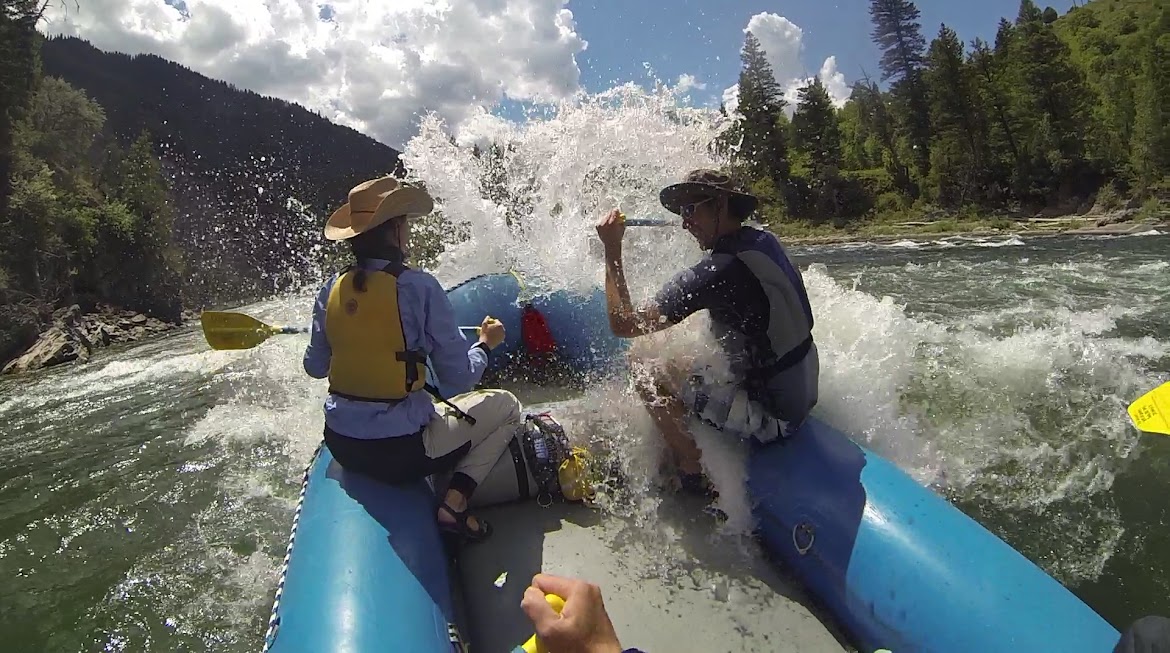 After rolling up the raft, we headed for home at about 4:00 PM on Wednesday – just before a big storm front hit. As we drove through Alpine the wind was really blowing hard, with lots of dust in the air. On the drive home we passed through four such storm fronts and had lots of wind, lightning, and pouring rain. We got home fairly late, so we spent much of the day on Thursday drying out the tents and putting all of our gear away. It was a short trip and took a lot of work, but it was fun to spend time with the family and enjoy some time on the river.