Posted on October 17, 2013 by gardinerfamilyadventures

I have been to the Cherry Creek area a number of times before.  In the past, I was always somewhat disappointed because so many of the trails are really whooped out.  This year we found some really fun single track trails.  They were not overly difficult, but they had plenty of variety that kept them interesting.  In fact, it was so much fun; I went back three weeks in a row.

Ross Vellinga and Bob Dawson, two colleagues from work, joined me on this adventure.  Our original plan was to ride some mountain single track, but an early snow put a quick end to that plan.  Bob knew some trails at Cherry Creek that I had not yet explored, so we decided to go there. 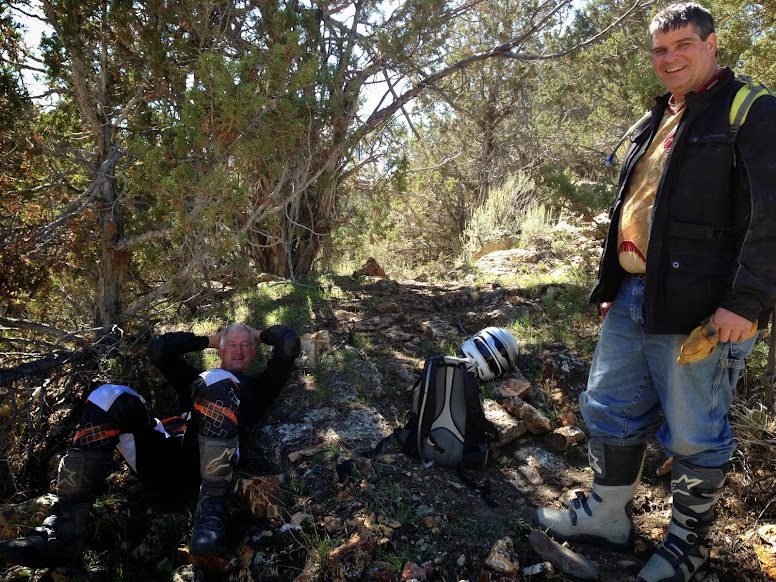 Bob and Ross taking a break

We started off in the flat desert terrain following some fun single track trails.  The trails weren’t very difficult, but they were narrow and somewhat dished out, so you had to stay focused and ride down the middle.  The trail eventually followed a small valley up into the foothills.

Ross has done adventure riding for years, but this was his first time on a smaller dirt bike riding more technical trails.  He was riding my Husaberg FE450.  For the most part, he did really well.  He even tried to ride standing up most of the time.  Many people take years to work up to that. 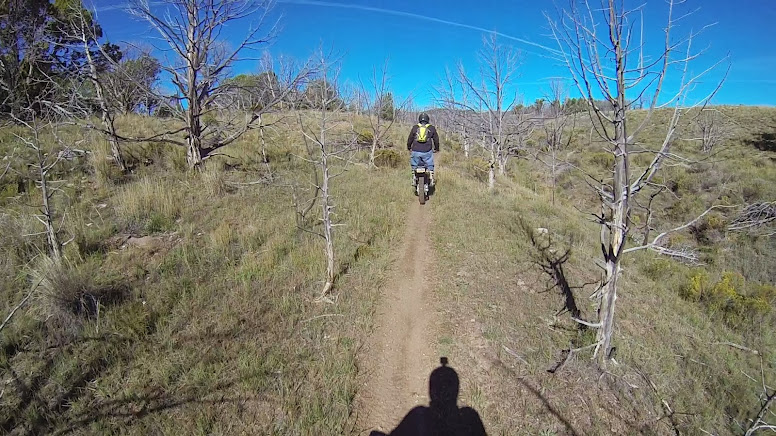 Ross getting used to my Husaberg

All it takes is a short loss of focus to cause a mishap.  Here Ross takes a tumble in fairly soft dirt, so he was not hurt.  He took three falls during the morning, and none later in the day as he became more familiar with my bike and the techniques of riding single track. 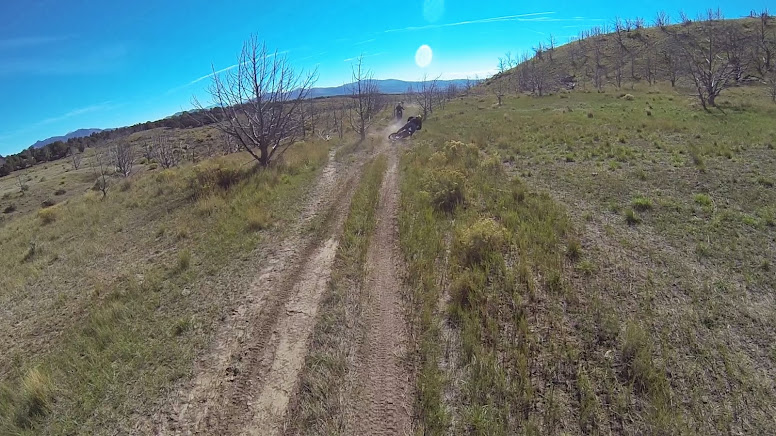 We gradually worked our way up onto a ridge line and ate lunch on a small peak with a great view of the surrounding area. 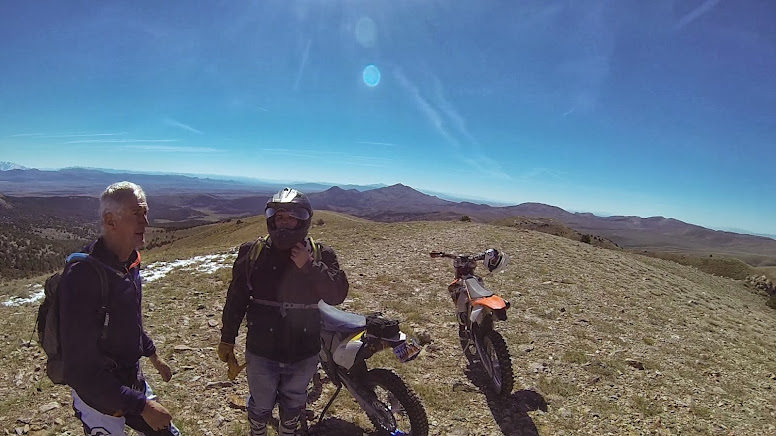 Stopping for lunch on a small peak

After lunch we stumbled onto a really fun trail with super tight turns through the trees.  The trail then dropped into a small ravine with fun twisting turns. 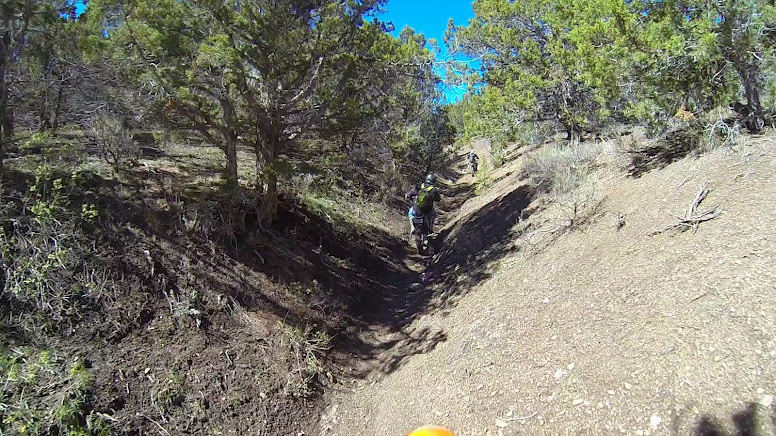 We rode about 54 miles – mostly single track.  It was a really fun day and the weather was perfect.

Bob and I wanted to go back and explore more of the area.  We started off by exploring more of the trails down in the flat land.  We found a variety of trails – some easy, and some semi-challenging as they twisted through the trees.

We even found a trail through a deep ravine, which I had previously seen on a YouTube video.  This was quite fun.

We returned to the narrow ravine we rode the previous week, but rode it the opposite direction.  It is fun going either way.

We followed another ridge line until we found another single track trail to explore, working our way back to the car.

The weather was quite cold.  It was about 34ºF when we started, with a cold north wind.  We bundled up to keep warm, but we were soon shedding layers.  We ended up riding about 63 miles.

I thought my kids would enjoy these trails, so we went back for the third week in row.  Kevin was riding my Husaberg instead of his DR-Z400.  He could tell it was a lighter and more maneuverable bike, but he didn’t much care for the seat.  Jamie was on the CRF250X.  She is quickly becoming accustomed to it, even though it is somewhat larger than the CRF230 she used to ride.

Our neighbors, Taylor and Jason Wright, also joined us.  The weather was perfect and the soil was moist due to rain two days earlier.  It doesn’t get much better than this.

We headed up the same trail we rode on our first visit.  Most of the group lacks single track experience, so it took them a while to get used to the narrow trail.

Jamie and Kevin each took a turn on the new 350 to test out the auto-clutch and the left-hand-rear-brake (LHRB).  The terrain was fairly mellow, so it was not obvious what the auto-clutch was doing for them (although I missed it while riding their bikes).  Kevin immediately liked the LHRB since it is more like a mountain bike and they have never really learned to use the back brake all that much.

Taylor had a little too much confidence in Jason and was following too closely behind as they crossed a gully.  Jason missed a shift and ended up in neutral.  Taylor swerved left to avoid a collision, but his right side fuel tank shroud caught Jason’s left side panel.  This caused Taylor to crash and it broke the plastic on both bikes.  Luckily Jason stayed on his feet and neither of them was injured.

Kevin had to be home fairly early, so we packed up and headed for home shortly after 2:00 PM.  We rode a total of about 34 miles, putting an end to three weeks of awesome trail riding.