With the unusually high water this year, we postponed our Snake trip from mid-July to mid-August.  Kevin and Jamie invited some college friends. 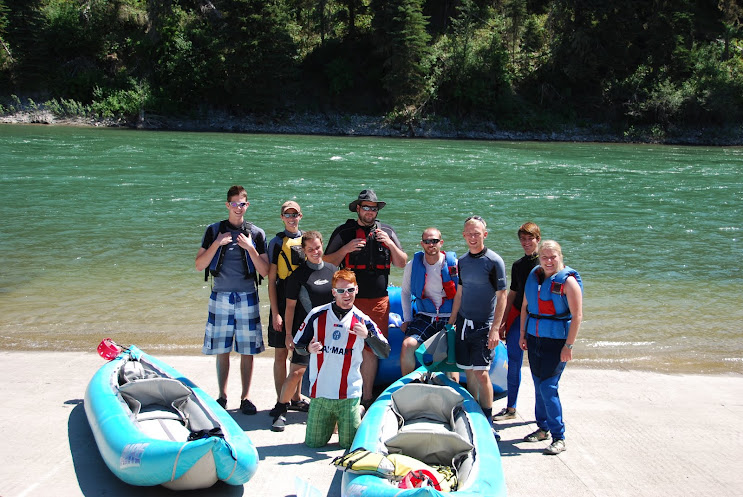 Group shot at the put-in

The water level was about 7000 cfs for our first run.  It dropped about 200 cfs each day, giving us around 6600 on the third and final day.  The weather was good, with highs in the 80s, although it was fairly chilly for our morning run.

By going mid-week we were easily able to obtain two adjacent campsites in the Station Creek campground.  By Thursday evening the place was really filling up.

We had 10 people, stayed for 3 days, and ran the river 6 times.  We may have set a new record since we had swimmers 31 times during those 6 runs (not counting water fights).  We had 8 or 9 swims from the raft, and the remainder from the duckies (inflatable kayaks).

In May of 2011, a landslide formed in two adjacent draws which converged into one large landslide.  Hence, they named the slide “double draw”.  The road was closed for several weeks and a new rapid (also known as Double Draw) was formed in the river just below Taco Hole. 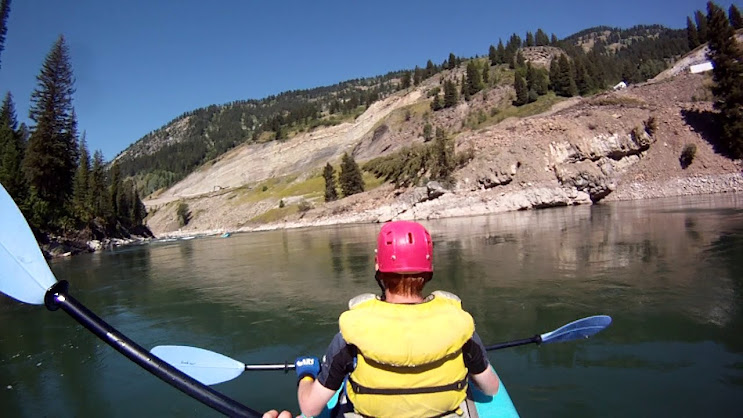 At high water this new rapid was flipping boats that ventured too close to the left bank.  At this flow, it was an easy run down the main tongue just left of center.  There are some rocks and holes in the center that could be problematic at some water levels.

At 7000 cfs the waves at the bottom of the rapid were fairly large and fun.  The size dropped dramatically each day as the water level decreased. 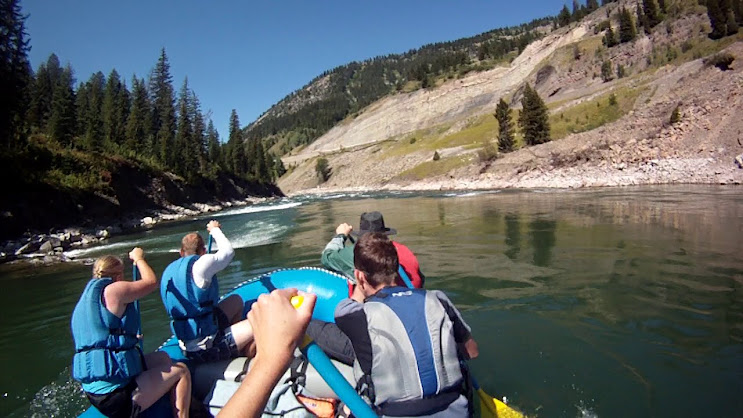 At these water levels Kahuna is the most thrilling rapid on the river.  There is a huge glassy wave at the top of the rapid which hides from view the huge hole waiting to munch on boats of all size and shape. 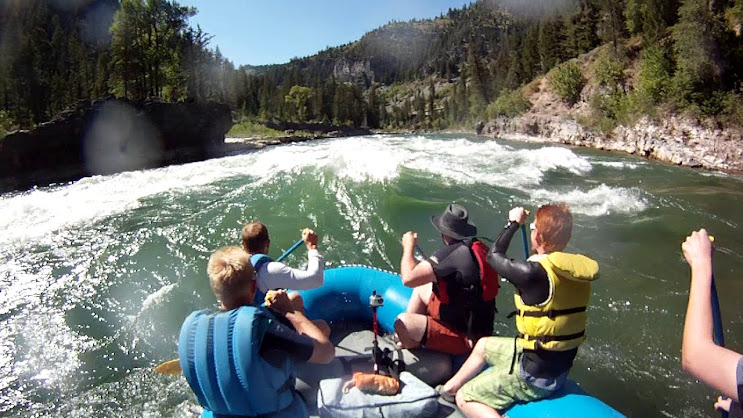 Approaching the first wave of Kahuna

We got a wild ride each time.  On our third run the raft stood on edge and “dump trucked” everyone out. 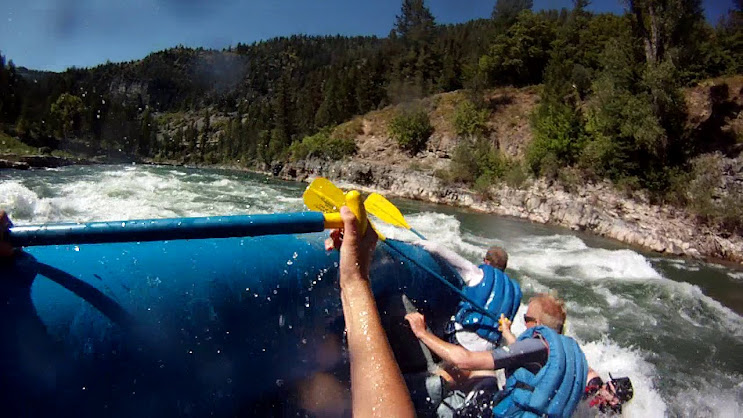 Here is a view from downstream at Lunch Counter, thanks to a large telephoto lens. 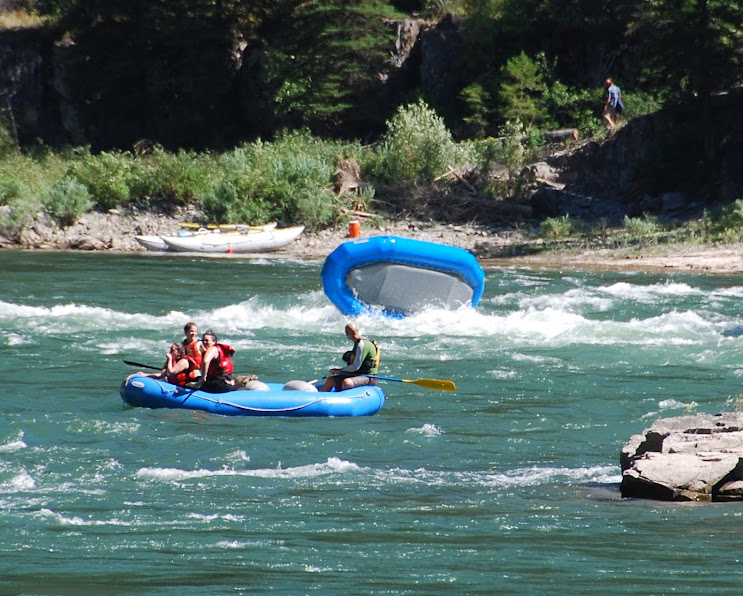 My safe view from Lunch Counter

Jamie and Jason quickly climbed back in and managed to pull in everyone else well in advance of Lunch Counter.  It was a thrilling ride for everyone! 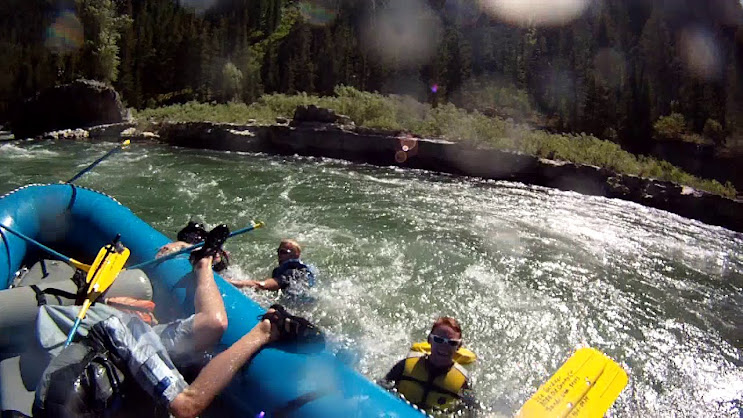 Jamie and Jason about ready to pull in the crew

Kahuna is an even wilder ride in the duckies.  We had a pretty high percentage of swimmers in both Kahuna and Lunch Counter. 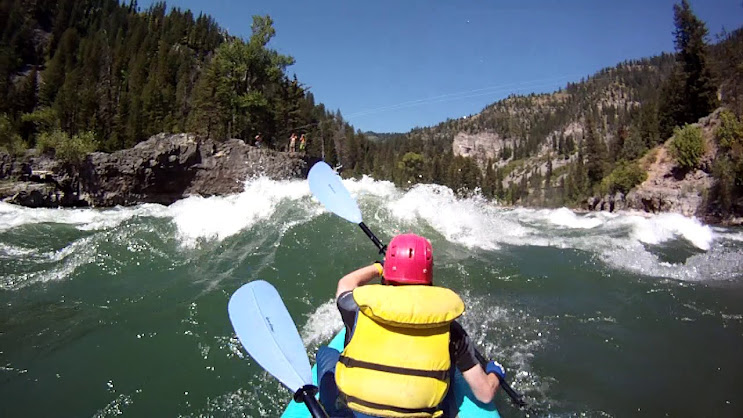 A kayaker’s view of Kahuna 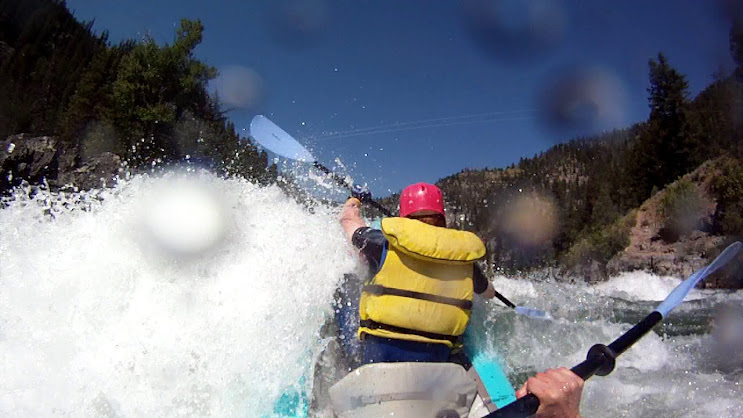 Catching the right edge of the backwash

Around 7000 cfs is a good level for running the river.  Kahuna is just starting to get big, but Lunch Counter still has some kick to it.  The rapids are fun, but not overly dangerous.  So it is a good level to go for the gusto – even if it means the occasional (or frequent?) swim. 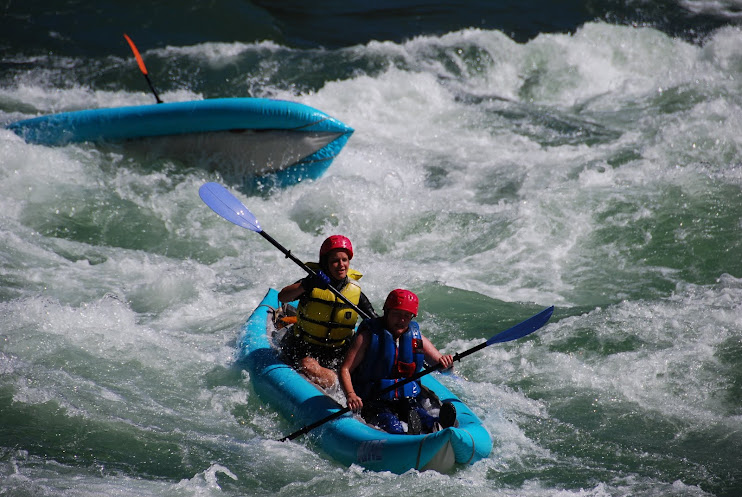 Aubrie and Laurel unaware of Daniel falling out 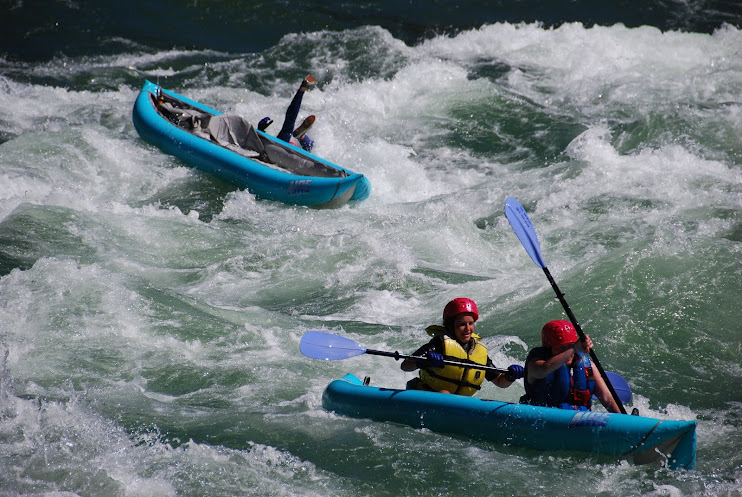 The waves were large enough that the rafts gave a thrilling ride as well.  The first wave on river left was really quite large! 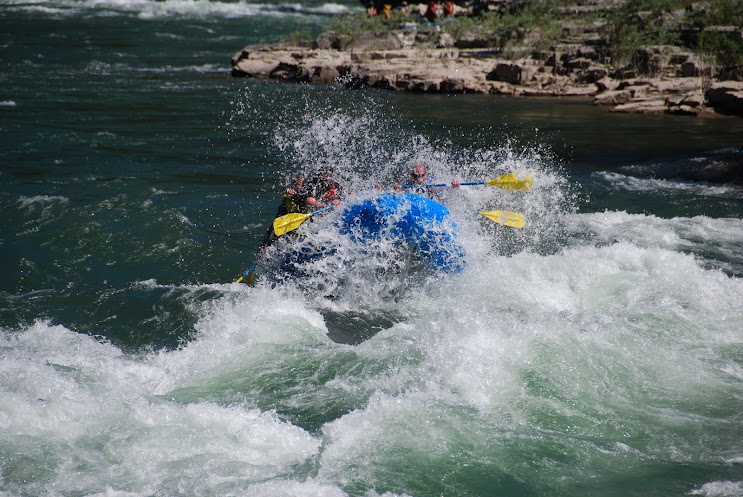 Punching through the first wave of Lunch Counter 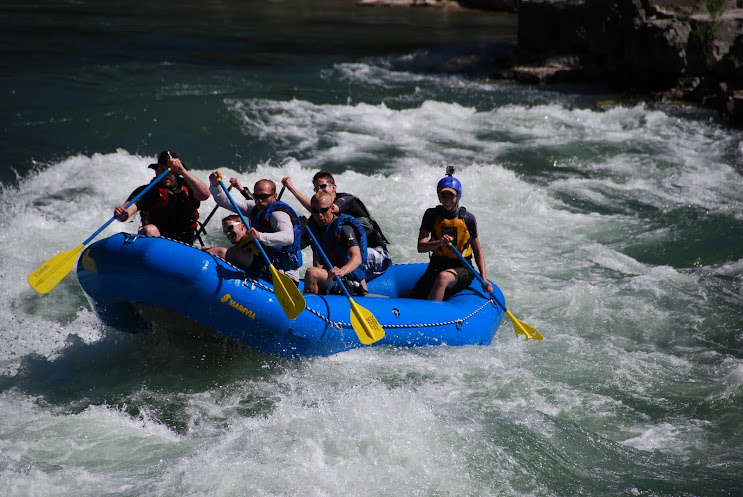 Lining up for the wave train 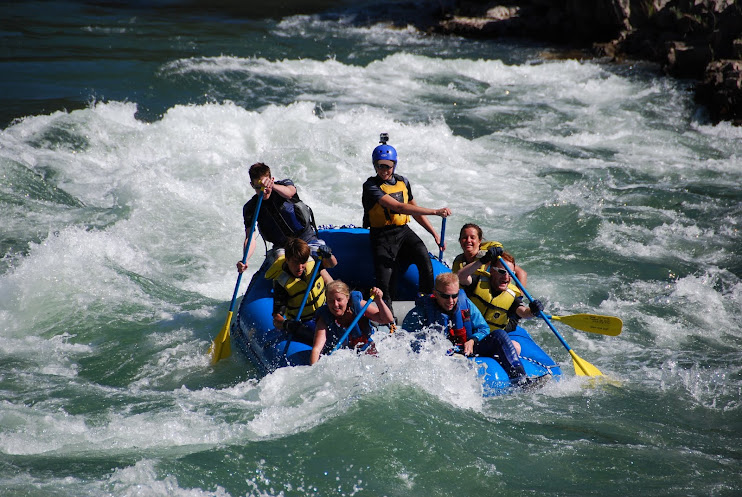 I think everyone had a wonderful time.  Everyone chipped in to help rig and de-rig the boats, cook and clean up the meals, and set up/take down tents and break camp.  We escaped any major mishap or poor weather and had a totally awesome time! 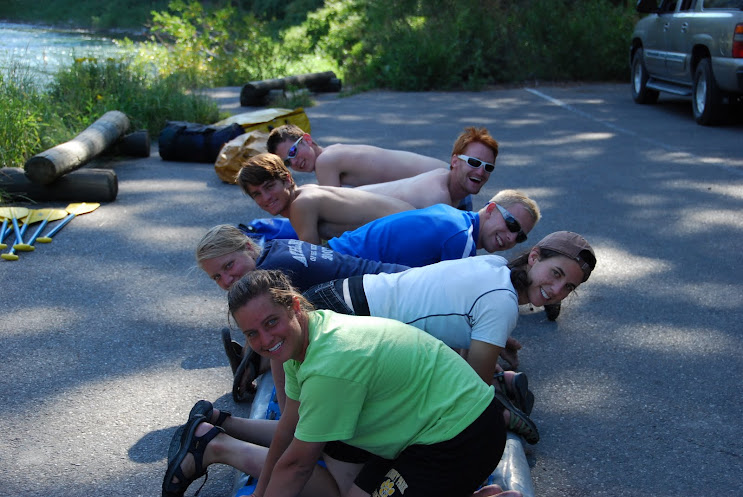