Posted on April 13, 2012 by gardinerfamilyadventures

We ran the Muddy Creek the day after we ran the San Rafael river.  For a small river that seldom has enough water to run, it sure was fun.  Water flow was estimated at around 300 cfs, which was a pretty nice level.  I suspect anything below 150 cfs would be pretty slow and rocky.

I did not want to drive my flaky car down to Muddy Creek, so Joe continued to tow my trailer and we piled everyone in the three vehicles.  The road to Hidden Splendor Mine (the take-out) is fairly decent, but the road to the put-in at Tomsich Butte has some exposed sections where one would not want a car failure.

Muddy Creek from Tomsich Butte to Hidden Spendor Mine

We met a couple at the put-in that was about ready to launch.  We offered to drive their truck to the take-out for them (Jamie had the honors).  As they launched, it was clear that the gal had no paddling experience.  We wondered if they would make it.  We found them less than one mile downstream 1.5 hours later, after we completed our shuttle.  She had tipped over and it looked to me like she did not want to get back in the boat.  The guy said they were fine, so we continued on our way.  I wonder if they ever made it to their truck.

Muddy Creek is a small desert creek that seldom has enough water to float.  During a typical year there may be only one or two weekends with enough water.  This year the stream has been runnable for several weeks.  The flow for our run was probably around 300 cfs, which is ideal.  After a few miles of calm cruising through the open desert, the creek enters the first narrow canyon, where you first encounter numerous small, but very fun rapids.  For this run we had 18 people in 13 inflatable kayaks. 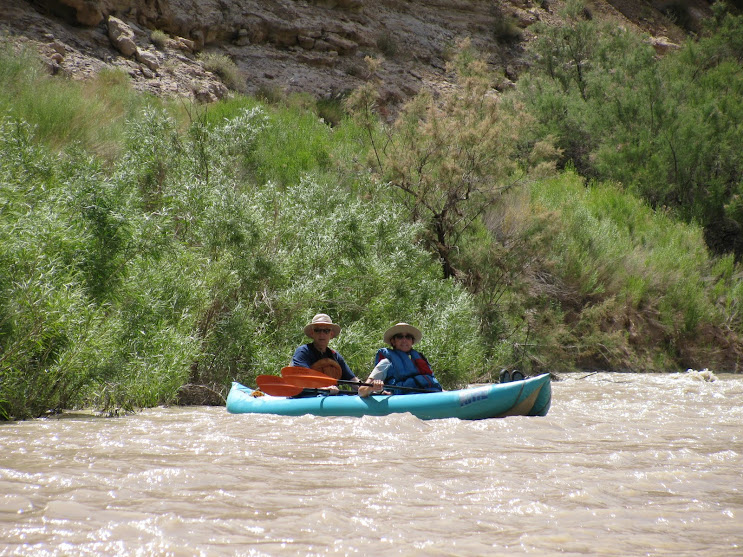 The shear canyon walls on both sides of the river made for a very unique river experience.  It was truly incredible! 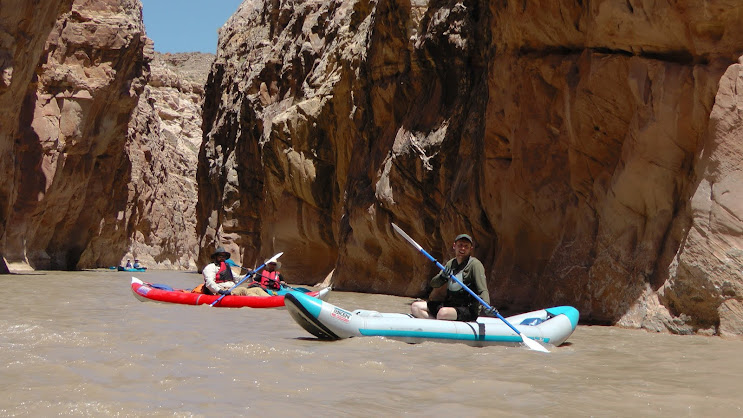 Floating through one of the canyons 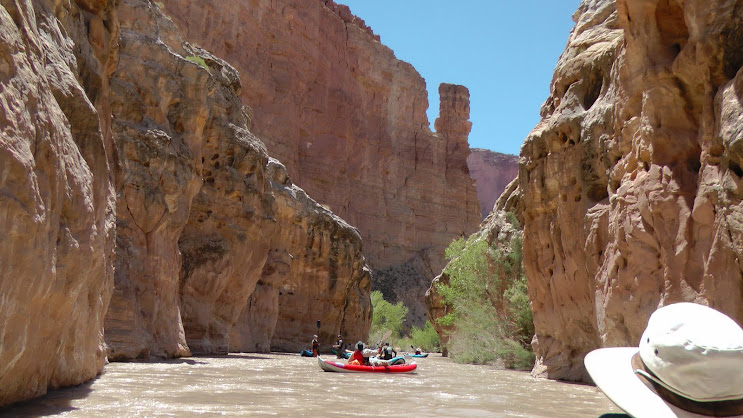 Exiting one of the canyons

The Bartons ran the river with the Bradleys about one month earlier, so they were our guides.  Paul Bradley happened to capture video of Scott tipping over in one of the trickier rapids.  The current pushes into the cliff and the eddy lines are very strong.  I decided to dub this rapid “Scott’s Folly”.

No one in our group tipped over in this spot (although some did elsewhere on the river), but almost everyone struggled to get through the strong eddy. 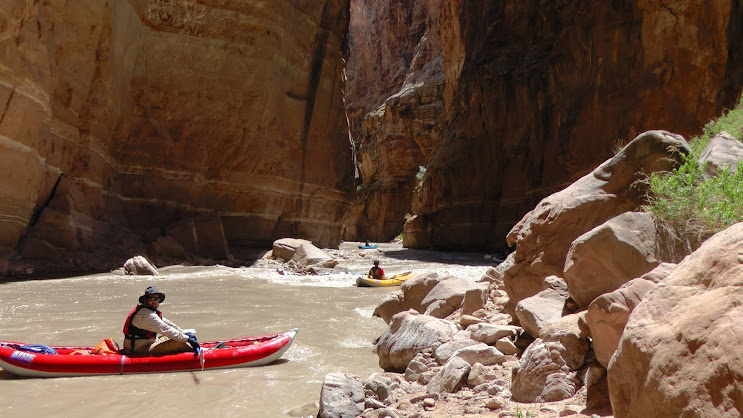 After lunch we entered the narrowest of the canyons, which is estimated to be only 9’ wide at one point.  It was an eerie feeling paddling through the dark narrow canyon.

The narrowest portion of the gorge

The canyon then opens up a bit and we encountered more small rapids.  These rapids had more rocks that required quick decisions and quick action to avoid getting stuck. 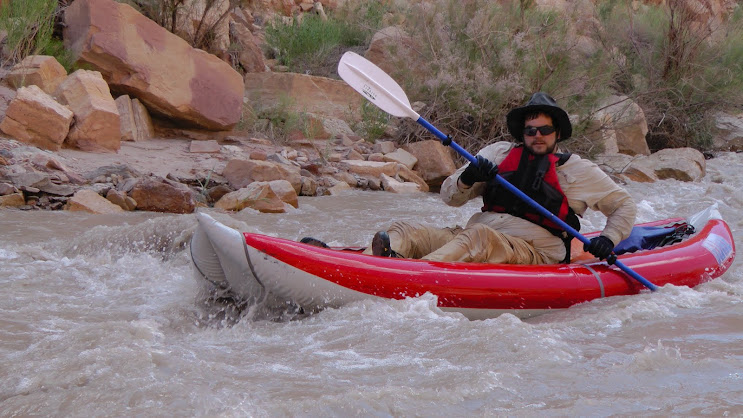 The final few miles of the river (~18 miles in all) are relatively easy except for one narrow rapid with a 90º turn right into a river-wide hole.  Kevin got turned sideways and for a moment I thought he was going to tip over.

The hardest part of the Muddy river adventure is the class V hike from the take-out up to the cars.  The old Jeep road is now closed to motorized travel, so we had to haul our gear up the steep switchbacks to the parking area.  Where were the Sherpas when we needed them? 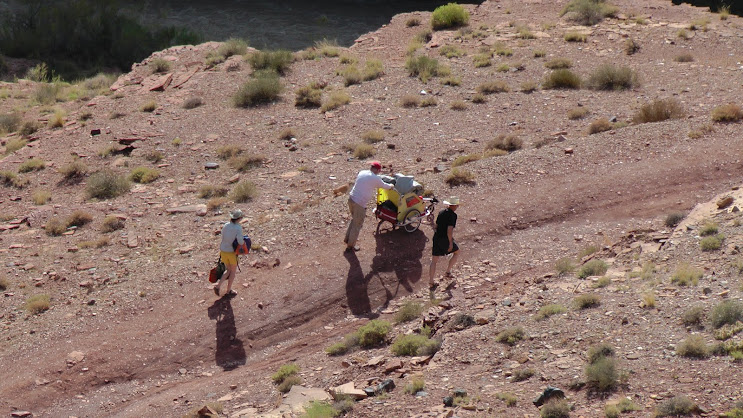 Scott pushing the bike trailer full of IKs up the hill